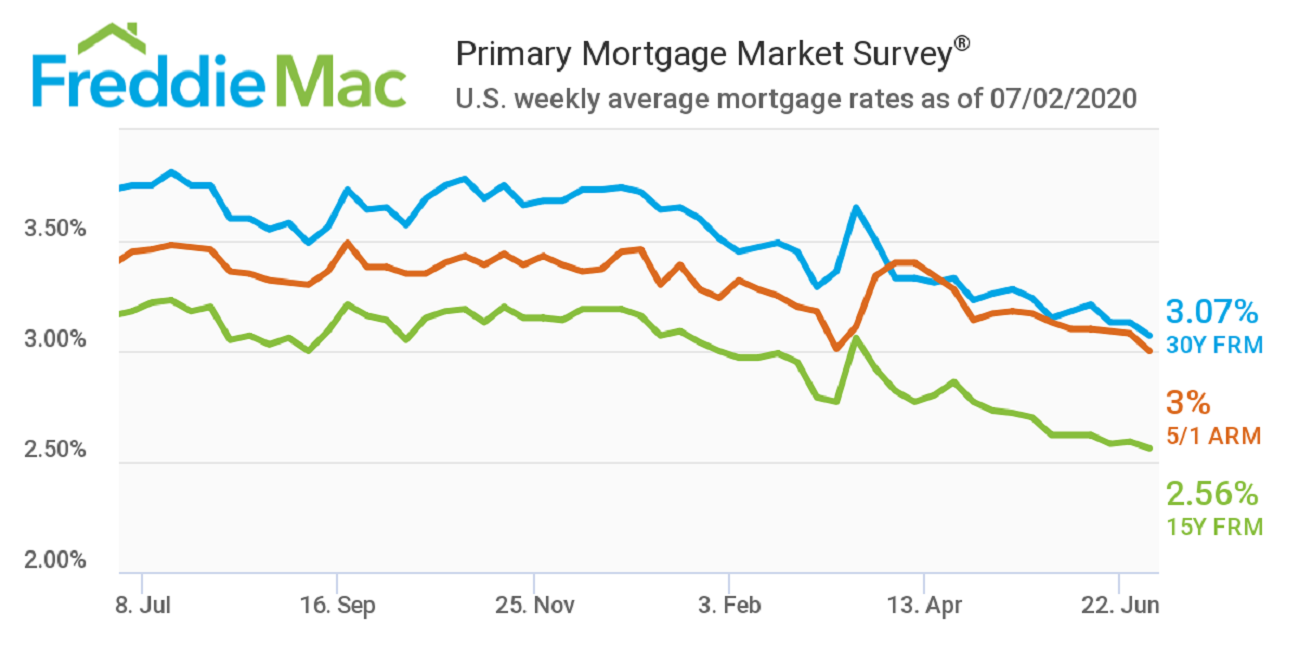 The 30-year fixed-rate mortgage averaged 3.07% this week, the lowest ever recorded by Freddie Mac since it began tracking such data in 1971. “Mortgage rates continue to slowly drift downward, with a distinct possibility that the average 30-year fixed-rate mortgage could dip below 3% later this year,” says Sam Khater, Freddie Mac’s chief economist.

“On the economic front, incoming data suggest the rebound in economic activity has paused in the last couple of weeks, with modest declines in consumer spending and a pullback in purchase activity.”

If you are planning a move soon and want to take advantage of historical rates, reach out to us to chat.